At the halfway mark of year 6 of the LAT the case disposition rates reflected a trend of concern for all stakeholders. This trend is largely driven by significant productivity decreases in the second quarter of 2021.

A dramatic reduction in case conferences held by the LAT has had an immediate impact on the overall productivity results and metrics across the board resulting in disposition rates decreasing by 15.5% year over year.

Two straight quarters of declining metrics for the Dispute Resolution System does not serve anyone well.

Further comparing year 6 second quarter to first quarter file closures decreased by 25%, with an increase in active caseload of 9.8% in the second quarter alone.

To date, the active caseload had further deteriorated, with a 16% increase.

Were this trend to continue through to year-end, the active caseload would increase to 16,245, a year-over-year increase of about 35%. 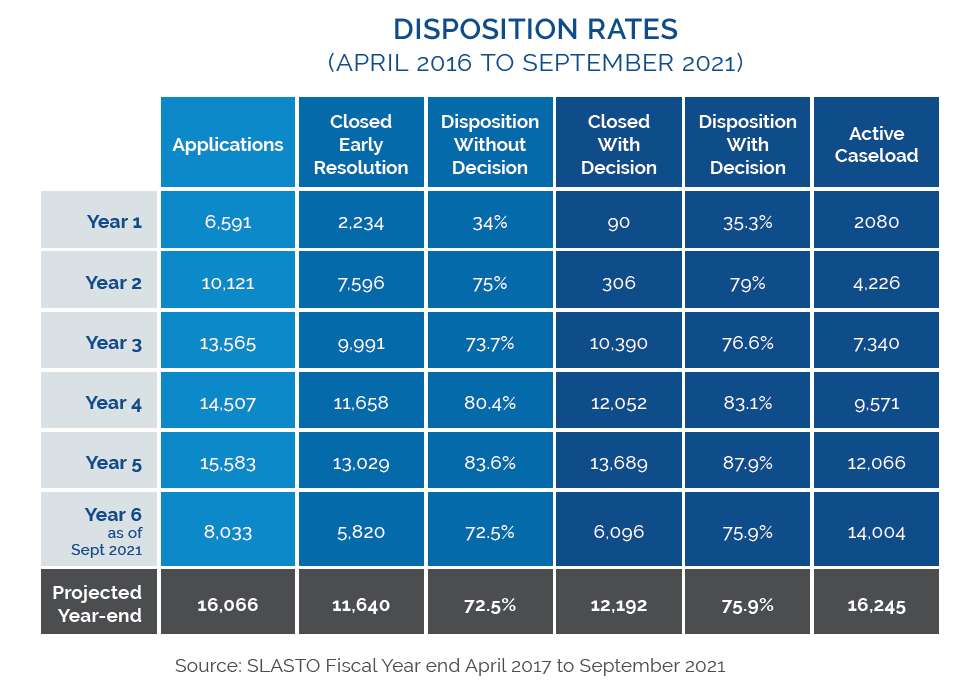 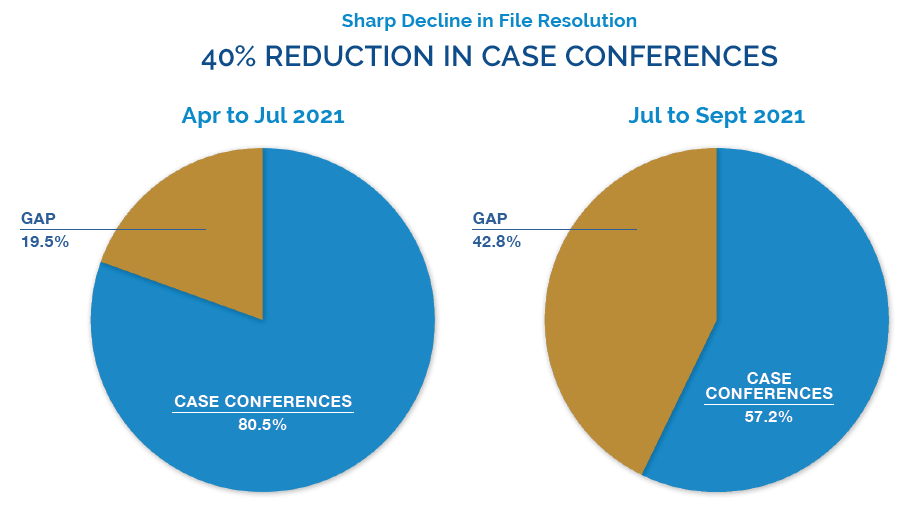 Case conferences decreased by 40% in the second quarter compared to the first. Prior to this, the LAT’s strategy was prioritizing case conferences. It is not clear where the resources have been otherwise deployed, resulting in fewer opportunities to resolve matters earlier.

The third-quarter results reveal that the important production metrics remained relatively flat compared to the previous quarter. This signal’s production continues to wane well on the way to realizing the projected active caseload of 16,245.

What cannot be lost in all of this is the failure to deliver timely access to justice. While the LAT has long since stopped making the timelines public, we know for a fact that it can take upwards of 2 months to have a LAT application processed. And recently, easily a further 9 months to get a case conference date.

We referenced “date” specifically, as it has been our experience that these initial dates are now routinely canceled by the LAT, for the simple reason that they lack resources. The rescheduled case conference dates offered are typically a further 6 months out taking the wait time to 18 months. This period of time is significant considering a 60-month benefit entitlement.

From an insurer’s perspective, it would seem a safe assumption that they did not envision having to maintain a disproportionate number of open files for upwards of five years – if not longer. The need to staff these files and maintain open reserves is problematic, as what were presumed to be “short tail” claims end up closer to “long tail” claims.

Entitlement and eligibility issues are inherent in the AB product and by their very nature lend themselves to disputes. The challenge in decreasing disputes has plagued insurers since the inception of no-fault.

As disputes are inherent in the product, so too is the right to dispute. The waning productivity at the LAT cannot solely be relegated to a resource issue. Clearly this inherent right is significantly compromised in the present circumstances. It may well point to legislative amendments to the Dispute Resolution System being the only way forward.