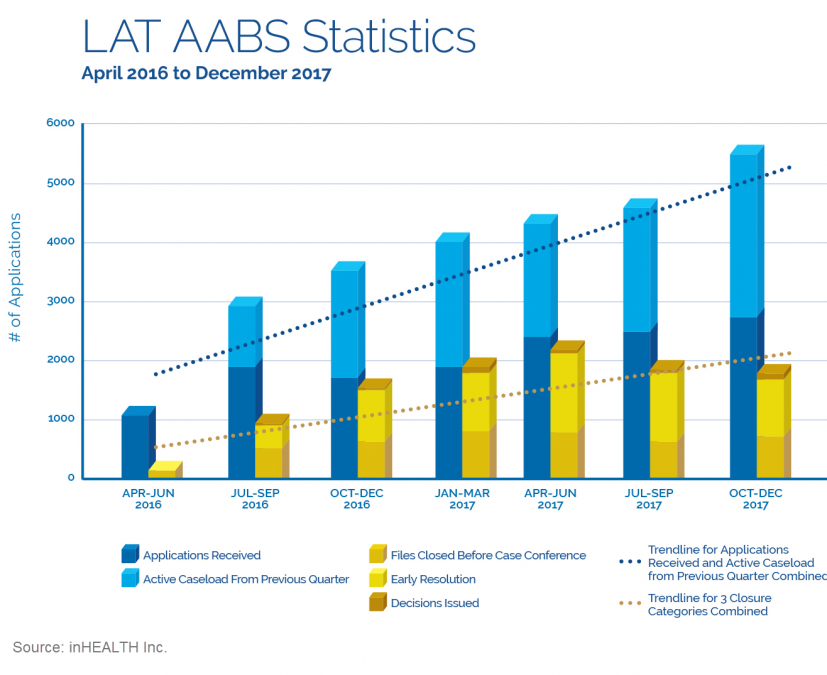 As is the case in any growing proposition, keeping an eye on the business activity and being nimble becomes the modus operandi. This is true of SLASTO’s rapidly expanding AABS service. With its promised goal of expediency and procedural fairness, is the LAT being overtaken by events?

The recently released quarterly statistics have shown steady growth in LAT applications with productivity improvements throughout 2017 but not at the rate required in order to keep up with the incoming applications, resulting in a significant growth in their active caseload. 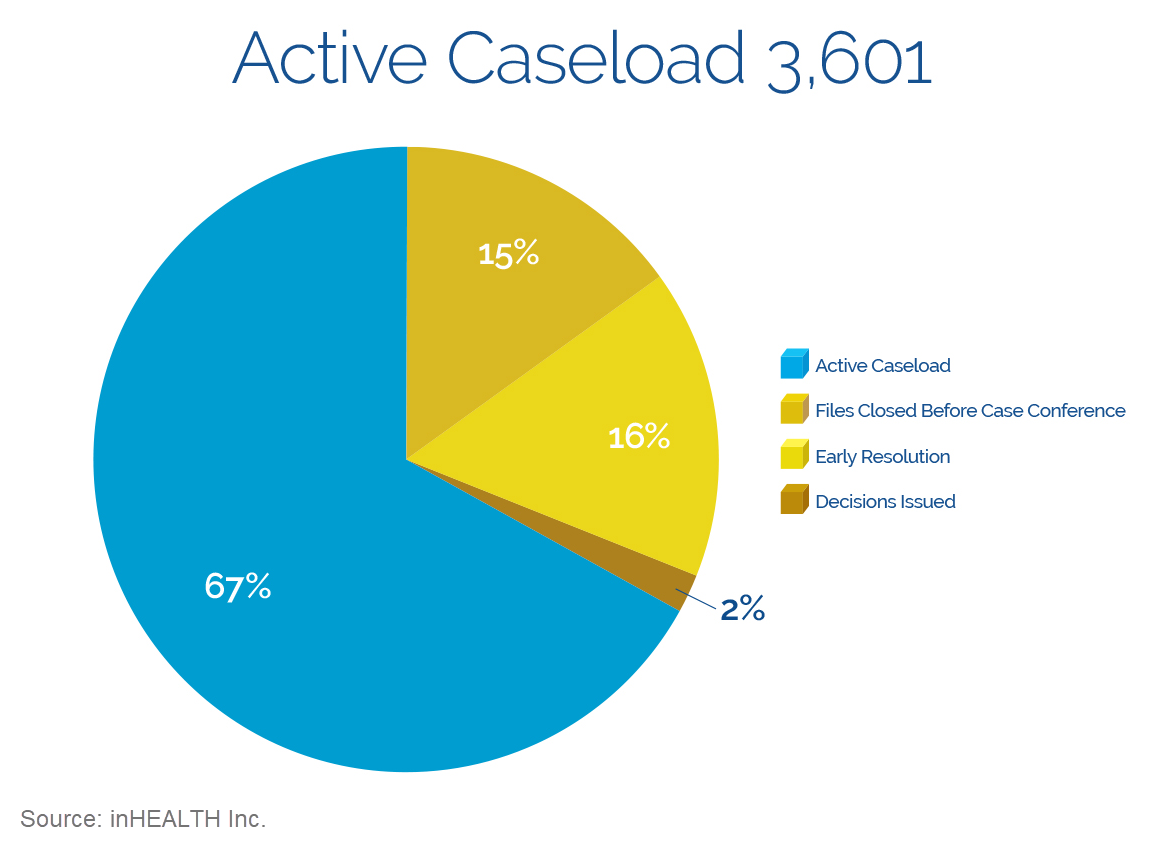 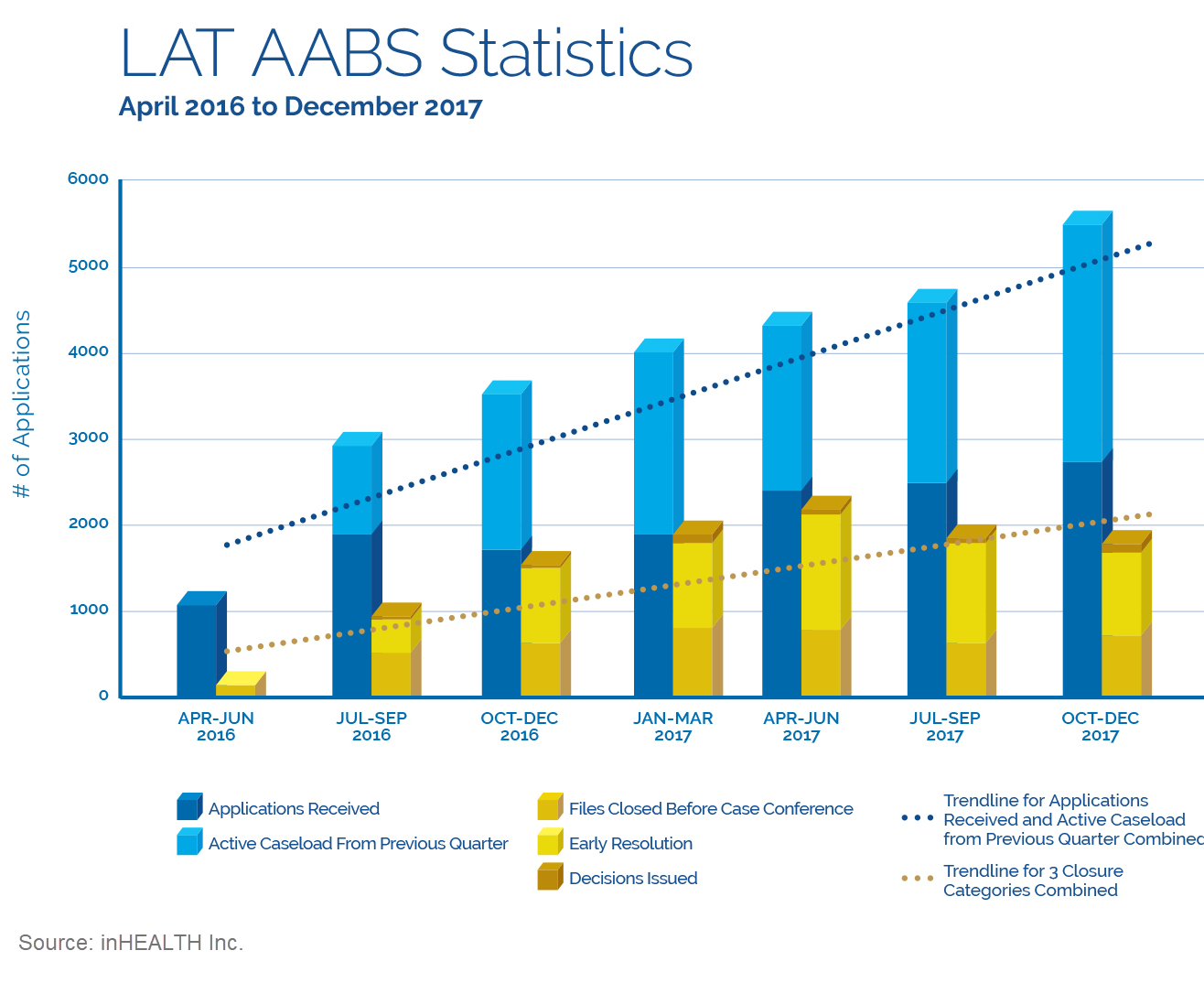 Where are the files being held up?

The metrics provided show that the LAT made strides in resolving files throughout 2017; however, the efforts started to take a turn in the later part of 2017. The mechanisms used to characterize files closed shows the changes and at the same time, give rise to other questions. To try and understand this, we take a closer look at the LAT statistics surrounding the following:

According to the Data Dictionary published by the LAT, files closed are characterized in three categories:

In comparing year over year, the LAT has increased productivity with respect to Files Closed Before Case Conference, Early Resolution, and Decisions Issued. 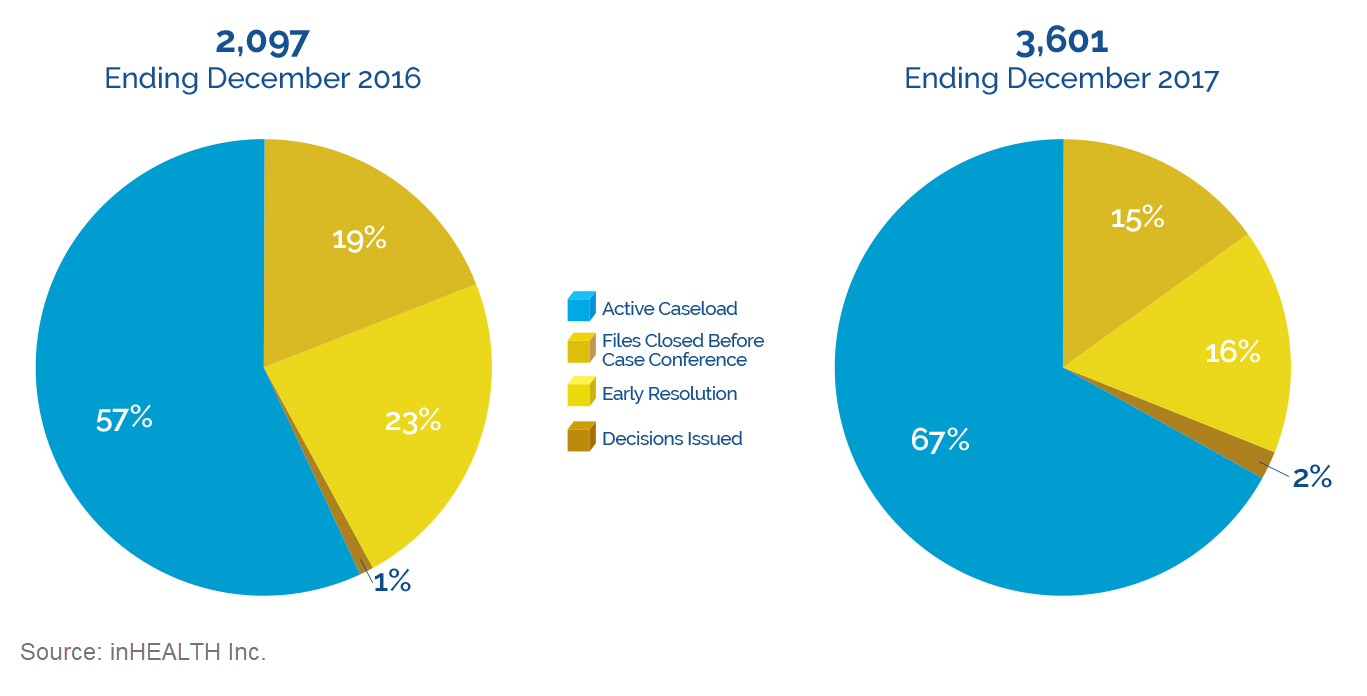 By the end of March 2017, there was a change in the impact of Files Closed Before Case Conference and Early Resolution, where those numbers started to deteriorate. The delta between applications to active caseload increases by 45. This trend continued in succeeding quarters, with further impact to the active caseload of 230, 530 and 1,015 respectively.

Despite clear evidence of increased productivity, the active caseload started to rise quarter over quarter beginning April 2017. This suggests that files are staying in the system longer than originally proposed.

What we don’t know

The metrics provided do not include a number of essential variables to help us understand where in the process the active caseload is allocated. For example:

The LAT’s metrics with respect to key timelines from hearing to decision also show deterioration in decision turnover.

The targeted timeline from hearing to decision ranges between 30 to 90 days depending on the hearing types. With respect to in person and written hearings, the actual results are most telling. Regarding in person hearings, the actual stood at 138 days compared to a 60 to 90 days target in October to December 2017. Similarly, written hearings had an actual result of 134 days compared to a 30 days target in the same period. 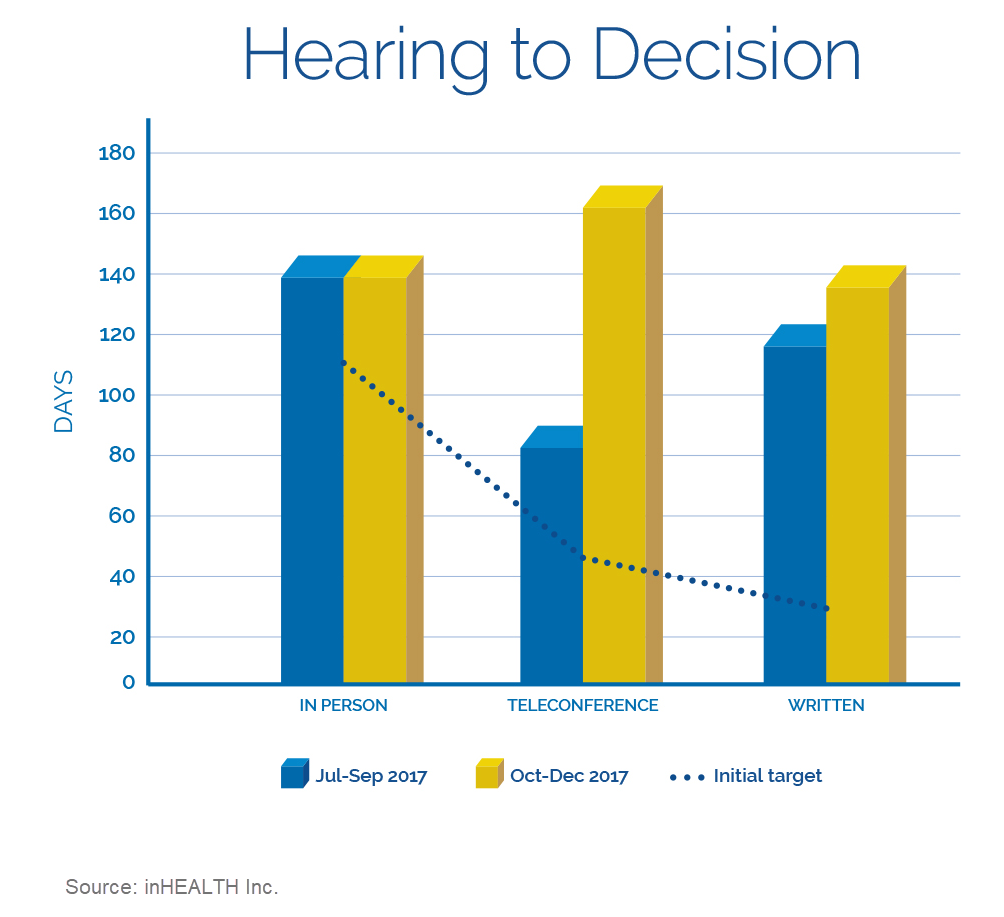 Additional and timely access to metrics are needed to better understand where the files are being held up and how the LAT resources are being utilized. Given the current pace, it is difficult to forecast with any certainty whether these trends will continue or whether improvement is anticipated.

Should the stakeholders address the effectiveness of the process and whether the process, as currently constituted, can keep pace with the increased demand?