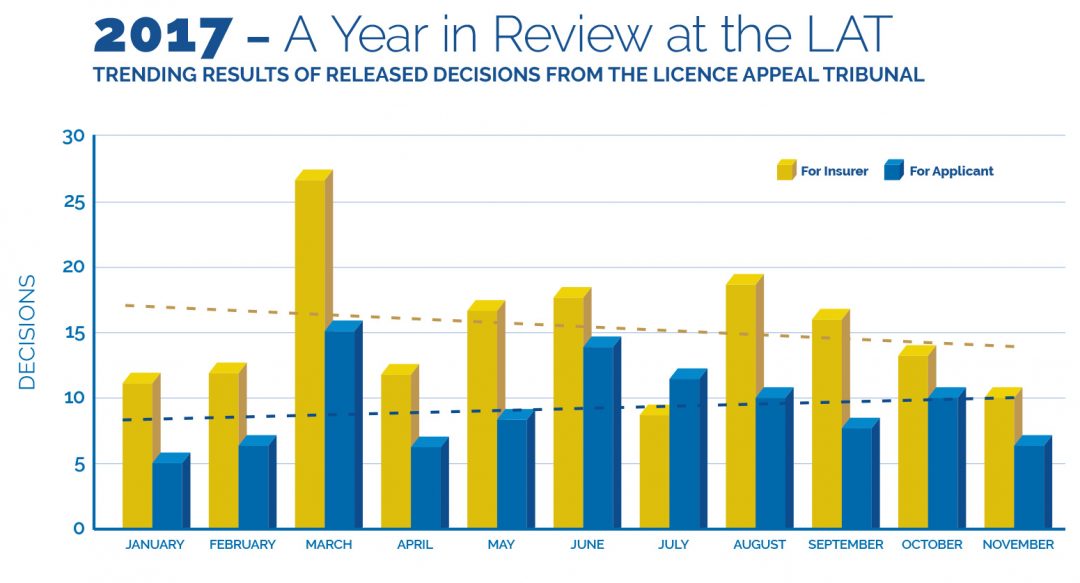 Motions for costs have overwhelmingly been dismissed by the LAT, confirming a very high threshold for cost awards. For the above graph, motions for costs have been removed so that the results are not skewed. It must be noted however, that the graph reflects the trend of all other decisions rendered by the LAT. Analysis of specific issues in dispute may, in fact, tell a far different story and may be worthy of further investigation.

What is the data telling us? While the graph suggests there are many more cases in favour of the insurer, the underlying trend reveals something different. The success rates of the applicant and insurer are trending toward convergence.

What is behind this apparent convergence? Are the applicants applying now better prepared, as they have clearer understanding of their evidentiary burdens? Are we seeing the effects of precedence now having been established by the LAT? Or is this but a temporary aberration? 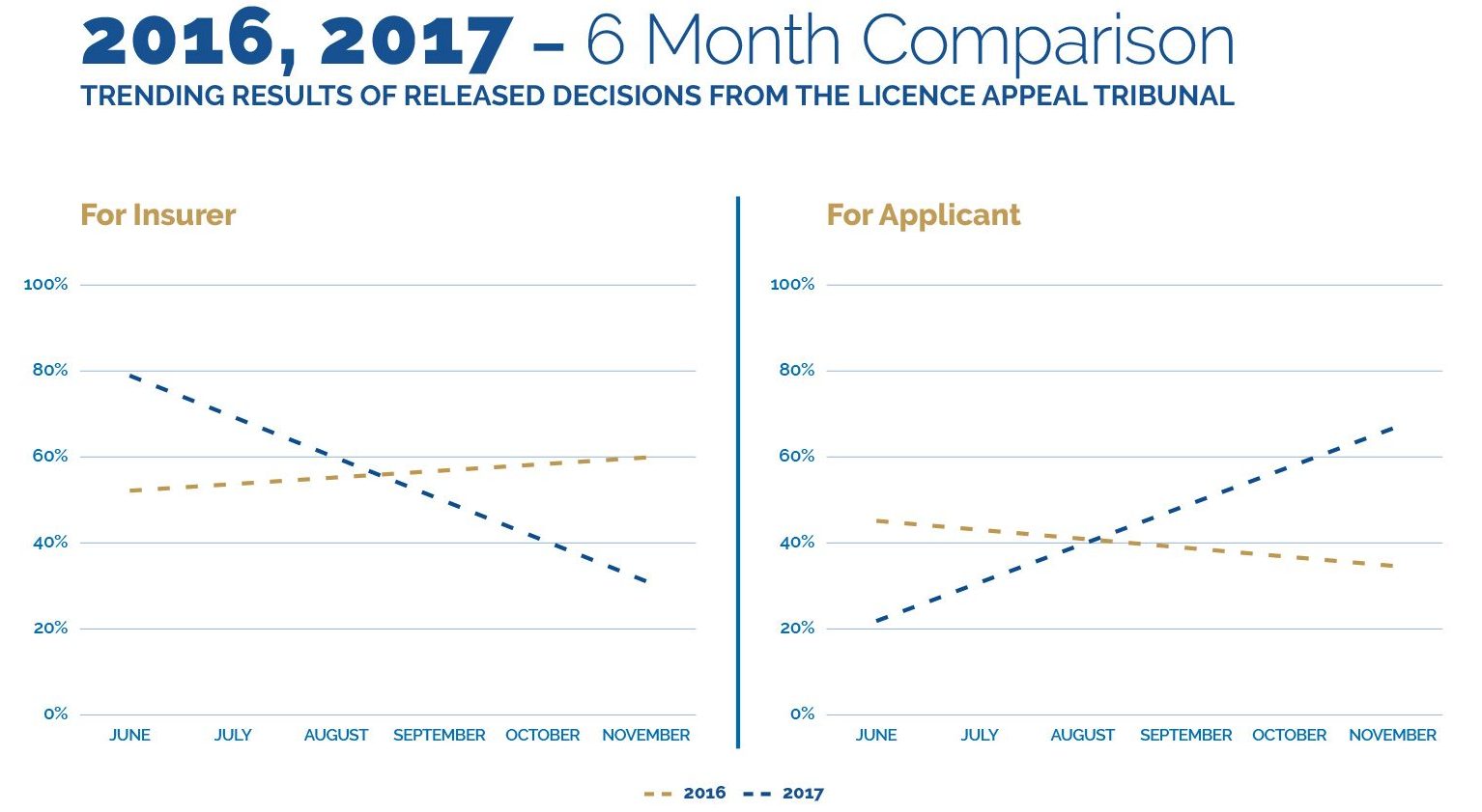 The above six-month comparison confirms this to be a relatively recent shift. Although the success rates are driving towards convergence, the slope is becoming somewhat steadier. If this trend holds, a 60-40 split between the insurer and applicant may well stabilize. How will stakeholders respond, and what means can they utilize to continue to refine their approach to the evolving dispute resolution process?

Understanding what drives LAT decision making and outcomes is essential to shaping the future of the process of accident benefit disputes and resolution – contact us to compare your results to those in the industry. The results are available as granular as the issues in dispute.